This article is a stub. You can help A Haunting Wiki by expanding it.

The Haunting of Summerwind is the 2nd Episode of Season 1.

In 1969 Ginger and Arnold Hinshaw and their four children buy Summerwind Mansion that has been empty for 30 years. Their daughter April feels uncomfortable with the house. Strange paranormal happens to the family, Ginger remarks that the chairs would move across the room. Arnold grows angry at his family. The window in the master bedroom won't stay shut, and they are forced to nail it.

One day while Ginger is alone she hears her name whispered in the hallway and sees a ghostly figure past her. The family finds a peace-pipe inside a closet. Arnold's demeanor begins to change dramatically, spending whole nights playing eerie music at the organ and killing the children's pet raccoon. Ginger brings some friends over to visit but they leave when they see a face coming out of the wall, which proves that she is not crazy. Nevertheless, it's only a small comfort since she's already terrified of being inside her own home. The woman starts sleeping in the nearby forest and is at the breaking point. Six months after moving in, she and her children move out, Arnold vacates the home the next day, never to be heard from again. Ginger is happy to be away from Summerwind only to discover that her father Raymond and brother Ray have bought the house and want to turn it into a hotel. Ray is working when he sees something so scary that he cannot speak about it to anyone. His father is upset and he visits Mrs. Murray whose husband bought Summerwind from its original owner. She tells them that one night he and his wife were home eating dessert when the basement door opened and a shadowy figure appeared. The man grabbed a pistol and shot two bullets at the ghost as the door shut by itself. They left in a hurry and never returned.

Now they all know that their mansion is haunted by a spirit. They have to find out what is going on in Summerwind. One day Ginger hypnotize his father and, while in trance, he writes a name: "Jonathan Carver" and reveals that a very old document is hidden somewhere in the mansion. They return once again and fruitlessly search for the deed. They abandon their quest for the truth behind the land, instead opting for saving what's left of their sanity, to avoid the same fate Arnold had once suffered.

In 1985 the officials of Land'O'Lakes made an attempt to demolish the old mansion due to the abandoned property was used as a staging area by local juvenile delinquent teenagers who were known to burglarize and vandalize nearby cottages according to the county sheriff. On June 19th 1988, during a storm lightning repeatedly struck Summerwind, burning it to the ground Later that week, fire officials reported that the fire was not suspicious and arson was not suspected since neighbors reported being awakened when lightning struck the vacant home. However, fire officials also said that teenagers frequently used the location for parties and that they may have left a fire burning. The documents were never found. If the documents were even at the mansion they would have been worthless.

This is Summerwind Episode.

The mansion as seen in the episode.

The servant's quarters, which is omitted in the episode. 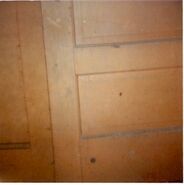 The door with bullet holes. 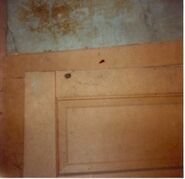 A second image of the door with a bullet hole. 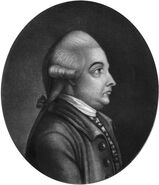 Jonathan Carver, the man rumored to haunt the land.

An image of the ruins

An image of the ruins with the original house superimposed on it.
Add a photo to this gallery

Retrieved from "https://ahaunting.fandom.com/wiki/The_Haunting_of_Summerwind?oldid=4409"
Community content is available under CC-BY-SA unless otherwise noted.